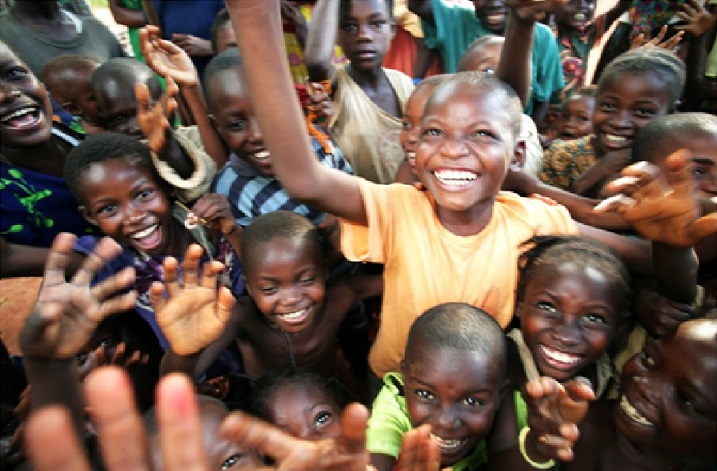 Children are more often simply seen as the recipients of assistance designed by others rather than as agents of change who can help shape how their needs are responded to. It is quite rare, especially in a conflict affected country to ask children directly what their problems are and what change they want to see, let alone do it in a child participatory way. In such contexts this may also be because working with children in this manner raises a range of security and ethical issues and in turn requires a well-planned and thoughtful process to ensure their safe and meaningful involvement.

War Child UK’s Child Safety Report Cards (CSRC) is an approach that ask children to score how safe they feel at home, school and in their communities using a child-friendly rating scale. Children’s responses are collected through a child-led sur­vey process and quantified to determine what percentage of them feels safe, unsafe or scared. Child Safety Report Cards are then produced to present key findings and children’s recom­mendations for change as well as record decision-makers’ commitments in response. This process not only empowers children to speak up and demand change but is also an interesting approach for child rights-based programming, research and advocacy. The main assumption behind this approach is that children know much more about their lives and needs than we ever could and so we need to talk to them rather than relying on the available wealth of data about them – nor can we just ask parents and teachers about children’s situations, as sometimes they are part of the problem.

Through Child Safety Report Cards, children have a say in their own protection response and gain a degree of control over what their future may look like. This approach is modelled on Community Score Cards, a monitoring and evaluation approach that enables community members (usually adults) to rate the perfor­mance of public service providers. In Europe, more than 30 countries use a similar tool to report on levels of safety for their children.

War Child UK has practiced this child-led child safety research twice in Northern Uganda and once in the Congo DR and Afghanistan. We adapted our approach according to the different contexts we work in and as per the needs and aspirations of the children involved in the research. Children’s participation was on their willingness only and we made sure that all questions were designed by the children themselves during the three days training course on designing the research, data collection (qualitative and quantitative) and the research ethics.

All child researchers were accompanied by adult staff members for their safety and in case if there is a need to provide some psychosocial support to any of the study participants. It has never happened so far as we aim to fully equip the child researchers on child friendly data collection methods and approaches. The adult staff members observed the process from a distance.

Once the data was gathered it was recorded on a computer by the children themselves using SurveyMonkey. All the children reported they enjoyed the process from designing the research, data collection to analysing the data. On average it cost us around USD 5,000 to conduct this study in 22 days.

In Uganda, 3,200 children participated in the research, DRC 665 and 1,526 children participated in Afghanistan. The overall finding was that children don’t feel safe in their households, schools and communities. In Uganda children reported feeling safer in schools then at their homes, in Afghanistan it was the opposite while in the DRC children reported that they don’t feel safe in both the places. The main safety concerns identified by children were:

DRC: corporal punishment and getting abducted while fetching water

As part of the advocacy component of the Child Safety Report Cards, children took these report cards to their local government officials. In Uganda, children presented it at a variety of events including at the Ugandan National Parliament (please see the photo). At the next day of the African Child celebrations, rather than singing and dancing, children presented a report to the local government accompanied by a CHILDREN FEEL NOT SAFE report card. District Leaders responded by saying they had come to see children’s dance and singing as usual but instead they received this report cards and they want to understand why they don’t feel safe.

War Child has produced a learning paper on this approach and a detailed toolkit that are both available on our website[1]. Besides its dissemination at the UK and the country of operations level, the Child Safety Report Cards approach was presented at high level global events, The AFREA Evaluation Conference 2017, The Global Assembly of the International Development Evaluation Association (IDEAS) in Bangkok in October 2015 and at the Child Protection Working Group meeting in Bangkok in November 2015 where parliamentarians, government officials, evaluation experts, child protection experts and other development and humanitarian community members participated.

War Child is planning to use technology in future to further simplify the data collection and analysis. We are conducting the second round of the Child Safety Report Cards in Afghanistan and DRC by the end of this year to compare the findings and to find if there are any changes in children’s perceived level of safety in some of the worst conflict affected countries War Child works in. It is also being piloted in Jordan and Lebanon with the Syrian refugee children.

“I was surprised to see that children know so many things about what happens in their communities” (Child researcher Goma, DR Congo)

“I was surprised that so many children are suffering” (Child researcher Goma, DR Congo)

Thanks Professor (dr.) Tony Ghaye for your comment. By quoting a saying from Robert Chambers you increased this blog's worth a million times more. I am one of his students and follow his teachings religiously.

I think at a later point it will be good to get in touch with these child researchers to find out their experiences after the research and how this helped them become better agents of change. Some of them were invited to speak about their safety concerns and research findings to the national parliamentarians which in itself was a great step to further amplifying children's voices.

Thanks Rosa for such a kind and generous comment. I am glad you liked it and am available any time if you need me. Indeed a picture is worth a thousand words and sometimes emotions.

Fantastic blog Hur, thanks so much for sharing. I shall be taking advantage of our new proximity to pick your brain on this more! I also found the children's pictures in the full report incredibly moving and powerful - a reminder that sometimes a picture really can speak a thousand words.

Hi Rituu and all in the community. This was such a refreshing read which lifted and strengthened me. Robert Chambers wrote about 'the last being the first'. It's so relevant here. This report is a great example of confronting the question, so who's knowledge is worth knowing?' It is arrogant of adults to think that we always know what children and young people feel and think. We have to ask them..... Ask children ...and Hur does. So what do we do with what we find out? And how can this participatory principle not stop with data gathering but actively involve the children themselves in creating better lived experiences?

Rituu, thanks a lot for the kind words. Very good point on heterogeneity, we did try to include children from every background but we should acknowledge that their selection was on voluntary basis and we used respondent driven sampling techniques which was needed in the highly insecure context we were working in.

I really like your second question, we have seen in Uganda that children took ownership of the results and took commitment from their local leaders and followed up on them. The same children presented the findings at different political forums all around the country. Some anecdotal evidences are recorded in a Learning Paper here https://www.warchild.org.uk/sites/default/files/link-files/Learning...

Thank you so much for sharing. Interestingly ADD International is currently also undertaking a small pilot participatory research with disabled children as peer researchers to voice children with disabilities' perceptions of what inclusive education has changed in their and their peers' lives. Field research is happening now so we are hoping to have our final report ready in August-September. But I will definitely read this one as a lot to learn!

Thanks Hur for posting. Its very well written.

I have two questions- did you find any heterogeneity amongst children like tribe, location, age, gender, financial condition etc which affected their participation? Were they power dynamics amongst them?

Second question- were you able to check the affect evaluation had when children were engaged in evaluation?