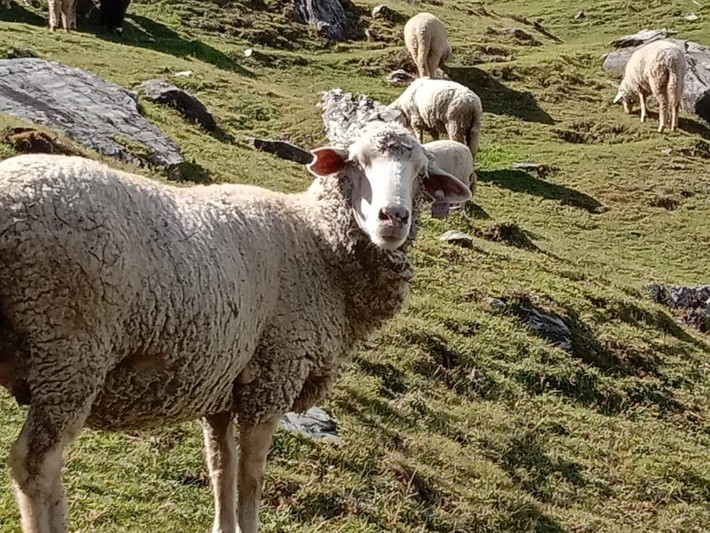 WOMEN-MEN RELATIONSHIPS UNDER THE ‘APPRECIATIVE’ SCANNER…

A woman is invariably, a sister, daughter, mother, grandmother to man, at some point of time in life. If none else, every man has had bonds with his mother at least, and so has stakes in a woman’s cause. Women’s Synergy (WS) thus encourages men to reflect on their relationship with women and fathom the best in them that could go a long way in supporting and holding women as prized possessions. Women’s Synergy adopts the philosophy of ‘Appreciative Inquiry’ (AI); (http://appreciativeinquiry.case.edu/intro/whatisai.cfm) and encourages its application in the nitty-gritties of our everyday life.

As women’s and men's lives are closely knit, Women’s Synergy provides a platform for men voicing their concerns and view-points too.  They could affirm their support, serve as effective role-models and change agents, both to encourage women from all walks of life as well as be a source of inspiration to other men, within the parameters of our experimental program with an experiential process, called  - 'WeMen-Xpress’

We at WS,  encourage a woman to clear her roadblocks in life, working upon her own strengths, and tackle the issues affecting her life, as well as that of her near, dear and peers’ with this very spirit of AI.  She is encouraged to mingle with women from all walks of life, irrespective of their educational, socio-economic or cultural backgrounds. She learns to complement and supplement the roles played by men in her life, making them empathetic and commanding due respect for her own self as well. She is encouraged to envision the ‘leader within’. All our programs are geared to capacitating her towards this end, making her live life, cherishing it till the end.

Thus, a woman who joins the WS network embarks herself on a journey of self-discovery and takes responsibility for her own self.  WS just helps her help herself. Her journey begins with a guided self-assessment of her potential to set realistic goals for herself.  She is encouraged to pioneer new, innovative and creative ways of dealing with her strengths and weaknesses and assert for herself and her peers’ rights, in a ‘benign’ way.  Along this newfound path of hers, she masters the art of turning challenges into opportunities. She becomes a part of a symbiotic relationship building process with her counterparts from all other walks of life, empathizing and respecting others’ needs, besides her own.  She learns to build synergies with them, realizes the power of ‘synergies’ and gathers a collective voice for lobbying for her own rights as well as those of others. She does her wee bit towards contributing to the Millennium Development Goal (MDG3-t http://www.undp.org/mdg/basics.shtml) while boosting her own self-esteem levels and making her presence worthwhile and worth emulation by others.

Undaunted, she charters her own path, with self-determination and the power of ‘Synergy’ and needless to say, the backing of ‘Women’s Synergy’ too. She decides to go through a process of self-help and self-care, giving up  old ways of blaming her ‘eco-system’ or ‘destiny’ for the road-blocks encountered in life, in case she has been hitherto been doing so. She begins life anew, re-scripting & creating her own dream ‘destiny’.

To reiterate, Women’s Synergy is not just for women alone, as women-men relationships do impact their families, society and our nation as well. Women’s Synergy’s ‘WeMenXpress’ Program invites and registers men’s voices addressing the status of Indian women today, as women cannot be empowered in isolation.  Nor can most of their grievances be redressed in isolation either.

For more information on channels and scope of involvement in this program, in various ways, or in various other programs of WS, or to procure our write-up on WS’ mission/philosophy, please do contact us.

*Women’s Synergy is a Delhi-based Trust with a non-profit mission in its nascent stages of growth, currently operating in Delhi & NCR.

Dear Rituu,  as for the story related to my approach, well, the long and short of it is, that I happened to inadvertently apply the principles late back since say, late sixties through three decades (without even knowing the principles, the jargons, etc. in my personal life, in and through its various phases, high tides and so on!  On That gave me the confidence that this works and is worth applying in personal lives, OD etc, and an approach that can vouch for!  To this day it muses me to watch it later on ...surfacing as theories on paper, in universities, research scholars' publications etc. since the 90's...  This is the power of human consciousness.  What we believe we are creating is all there in the Cosmos!! Regards, V..

Comment by Vaidehi Krishnan on July 31, 2013 at 2:42
Thanks so much Shraddha for your beautiful bouquet of questions.  I have however chosen to dissect the lot and handle it bit by bit!  While I am enthused enough to answer, I hope I have done enough justice!
I am curious about how AI, in the way that you have described it, would allow for a diverse conception of women's value and women's strengths that does not essentialise women as mothers, as carers, and as complementary and supplementary to men.
Is'nt this so-called mould of gender-stereotypes and the resultant conflicts as expressed and documented, a product of the human mind which itself is evolving in nature?  We are constantly moving away from many of these so called moulds - so it is just a question of time and how we make use of it, collectively, simultaneously and qualitatively and most importantly, appreciatively!  It is only then that we would be in the true sense of the term be able to complement and supplement the roles of men.  Irrespective of our backgrounds/roles played by us individually and collectively, we women and men are all co-habitants of this earth, and again, irrespective of whether we have blood or matrimonial ties, amongst ourselves, we will still only gain by shedding our mental constrictions and functioning symbiotically!
The deployment of the human intelligence in conjunction with the mind, further refined by the application of 'Appreciative Intelligence' would help disentangle such shackles.  This is precisely why we prefer the use of AI to help outgrow or transcend such problems by encouraging a free and calm exchange of ideas, opinions, practical issues discussed openly and freely - not as part of an exercise where a specific 'problem' is being addressed, but in a general manner and part of a preventive and promotional process that would help equip both women and men to deal with problems in general, with greater empathy and spirit of communion.  Women could help themselves gather the kind of collective strength, synergies and 'benign' assertion skills needed to achieve what they rightfully deserve in equal measure as that of men. So my answer is, 'Yes, - without the 'struggle' involved in having to 'break' any moulds !
Does it help to address questions of women's structural inequalities?
Structural or institutional 'inequalities' are better understood by first recognizing the fact that institutions gained such a stature only by each individual constituting it as an input to it and helping it gain that collective identity.  So it is best dismantled first to deal with the 'individual' and that is why we would like to apply the principle of AI adapting and stretching it to 'Appreciative Living' where there is a healthy introspection of every thought, word and action at the individual level, which we feel, helps.
Could you give us a few examples?
Yes, we have a program called 'Tapping Inner Strength' (TIS) which is to encourage and capacitate women to operate from their inner strengths, calm frame of minds, resilience. refinement of thoughts (internal) and a process of interactional excellence cultivated from these, and so on. We have got excellent feedback from participants who have articulated beautifully that is worth showcasing.  It gives us insights to the role of 'self-initiatives' in strengthening, constantly nurturing, operating and capitalizing on their positive core, capitalizing on it.  Reinforcing it with the power of synergies created amongst counterparts before confronting or dealing with any external situation, adds further value!
Also, while processes of change start with the self, is the approach limited to the individual? How does this approach help one make sense of commonalities of oppression?
So, whereas it is definitely a process beginning with the individual but the approach itself is not limited to self, as we at WS are constantly creating synergies which not only helps in fanning that 'collective consciousness' but also starts creating favourable changes in the external environment.  It is only when women synergize with their counterparts from varying backgrounds that they can address their problems unleashing their collective Appreciative Intelligence.  And this is exactly our vision - at WS.
Hope my replies addressed your queries are to a somewhat satisfactory level and that they were clearly expressed too, as we do not hold great expertise in the development sector and therefore look forward to the support of everyone here. Please feel free to discuss further/meet up with us to know more on how our other programs have a converging effect towards our mission, which though in nascent stages at present, has scope for growth in future, with well-wishers and stakeholders like you to help us along our journey! Best regards, V

Dear Vaidehi, a really interesting and though provoking post, thank you for posting. I have so many questions, I hope you will be able to address them- I am curious about how AI, in the way that you have described it, would allow for a diverse conception of women's value and women's strengths that does not essentialise women as mothers, as carers, and as complementary and supplementary to men. In your experience of using this approach, does it allow for women to break the mould of gendered stereotypes? Does it help to address questions of women's structural inequalities? Could you give us a few examples? Also, while processes of change start with the self, is the approach limited to the individual? How does this approach help one make sense of commonalities of oppression?

Thanks Videhi for shairng what you are planning do. Do you have any experience or story how you have applied your approach?